This is a tribute topic to all those who died early but they will always be remembered.


The first to be presented is John Rostill the great bassist of the Shadows who died in in Radlett, England(26/11/1973). He got electrocuted by his guitar while performing live ! Is this a glorious rock death ? Well, I suppose so my friends.

First of all welcome to our forum. I wish you a nice music journey.

Now concerning your topic,the deaths of the two Buckleys have also some interesting aspects.

http://somethingdaily.com/jeff-buckleys-mysterious-death-15-years-ago-today-left-behind-one-of-musics-biggest-teasers/ wrote: ...As he was waiting for the band to arrive, him and “a roadie” were hanging out Wolf River, where Buckley often went to swim and laze around. That night, Buckley jumped in the river — fully clothed. The roadie turned his back to haul some gear away from of the water. When he turned around, Buckley’s body had vanished. They say he was caught in the wake of boat. And the Internet’s full of other tales — from suicide to joining the Not Really Dead Elvis club. (His body did wash ashore two days later.)

http://www.rollingstone.com/music/news/tim-buckley-dead-at-28-19750814 wrote:LOS ANGELES — Singer-songwriter Tim Buckley died at the Santa Monica Hospital emergency room at 9:42 p.m. on June 29th. At first police suspected that Buckley, 28, had suffered a heart attack, but the county coroner's office later ruled that death was due to a heroin/morphine overdose coupled with alcohol....Buckley was reputedly a hard drug user several years ago, but the coroner's report showed no indication of recent sustained use of narcotics. No needle marks were found, and L.A. insiders are speculating that he may have snorted the heroin thinking that it was cocaine.

here's a great article I stumbled across recently, about local rockers that left us too soon:

I didn't understand much but I understand the music.The Mushrooms sound special.Do they still perform?
The death of Mama Cash is also peculiar.She was found dead in her hotel room after a live show.The legend says that she was choked to death by an enormous sandwich.


no they don't exist anymore ,but you are right about one thing . they are special indeed . you can easily find them in soulseek ...

It is with great sadness that we learned today of the passing of Glenn Cornick, bass player with Jethro Tull from the band’s inception 1968 until 1970. Of course, he had also played with the John Evan Band for the year during 1967 and so his contribution to the geographical transition from Blackpool to London and into the professional music scene was considerable.

Glenn was a man of great bonhomie and ready to befriend anyone – especially fellow musicians. Always cheerful, he brought to the early stage performances of Tull a lively bravado both as a personality and a musician.

His background in the beat groups of the North of England and his broad knowledge of music were always helpful in establishing the arrangements of the early Tull.

During the many years since then, Glenn continued to play in various bands and was a frequent guest at Tull fan conventions where he would join in with gusto to rekindle the musical moments of the early repertoire.

We will miss him hugely and our condolences go to his wife Brigitte and children. 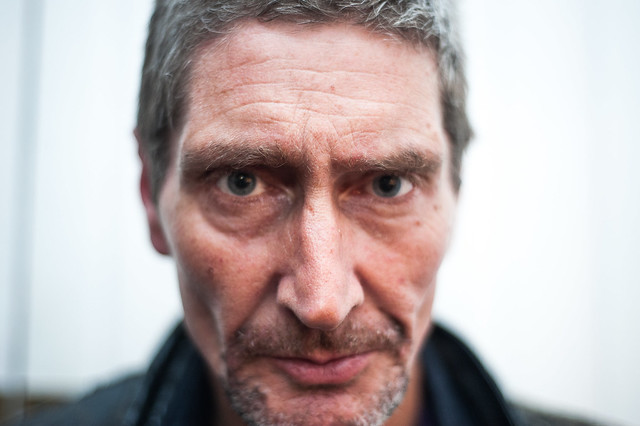 http://en.wikipedia.org/wiki/Jack_Bruce wrote:John Symon Asher "Jack" Bruce (14 May 1943 – 25 October 2014) was a Scottish musician and composer, known as a founder member of the British psychedelic rock power trio Cream in the late 1960s.

He maintained a solo career that spanned several decades, and also played in several musical groups. Known as a vocalist and bass guitarist, Bruce was also a songwriter.[1] He was trained as a classical cellist, and considered himself a jazz musician, although much of his catalogue of compositions and recordings tended toward blues and rock and roll. The Sunday Times stated "... many consider him to be one of the greatest bass players of all time."

http://www.wildthing.gr/ wrote:Sam Andrew, the founding Big Brother and the Holding Company guitarist who powered many of Janis Joplin's biggest hits, has died on February 12, 2015, following complications from open-heart surgery due to a heart attack suffered ten weeks prior. He was 73.

On February 13th the following message was posted to Big Brother and the Holding Company's Facebook page: "Dear friends, yesterday, 10 weeks after his heart attack and the open-heart surgery that followed it, Sam lost his gallant fight to hold onto the life he lived so well. He died peacefully in Elise's arms at 5:15pm. There will be much more to say about him in the days to come and there will come a time when we will gather together to remember him. Now is a time for Elise to regather her strength after the long vigil she has kept and the vital role she played in overseeing Sam's care. For now we can all remember him in our own ways until we can remember him together. He lived his life in music and art and a loving marriage. It doesn't get much better than that."

Andrew became involved with the San Francisco folk music scene of the early 1960s while attending classes at the University of San Francisco. After he met Peter Albin, they started Big Brother and the Holding Company. Janis Joplin was recruited by band manager Chet Helms to join them as lead singer on June 4, 1966. They soon landed a record contract, issuing their first album on Mainstream and their second on Columbia Records. In December 1968 Andrew and Joplin left Big Brother and the Holding Company to form The Kozmic Blues Band. After about nine months and one album, I Got Dem Ol' Kozmic Blues Again Mama!, Andrew returned to Big Brother.

After Big Brother stopped performing in 1972, he moved to New York City, where he studied harmony, counterpoint and composition. During this period he scored several films in the US and Canada and composed two string quartets and a symphony! He remained in NYC for 8 years before returning to San Francisco, where he began playing clarinet and saxophone. Big Brother and the Holding Company finally reunited in 1987. Andrew was also music director of the musical Love, Janis, based on the life of Janis Joplin, written and directed by Randal Myler and based on the book by Laura Joplin of the same name.

He is survived by his wife Elise and daughter Mari Andrew.

http://www.independent.co.uk/news/people/gavin-clark-dead-unkle-vocalist-dead-10051500.html wrote:Gavin Clark, the musician best known for soundtracking Shane Meadows' This Is England, his work with UNKLE and British folk outfit Clayhill, died on Monday.

His family released a statement on Facebook: "Gavin Clark tragically passed away last night. Until a full statement is released, we ask the press to respect the family's request for privacy at this time, so that they can grieve in peace."

http://www.theguardian.com/music/2015/mar/13/gong-founder-daevid-allen-has-died-aged-77 wrote:Daevid Allen, the leader of the legendary prog-jazz eccentrics Gong, has died aged 77. The news was confirmed on the Facebook page of Allen’s son, Orlando Monday Allen.

And so dada Ali, bert camembert, the dingo Virgin, divided alien and his other 12 selves prepare to pass up the oily way and back to the planet of love. And I rejoice and give thanks,” he wrote. “Thanks to you dear dear daevid for introducing me to my family of magick brothers and mystic sisters, for revealing the mysteries, you were the master builder but now have made us all the master builders. As the eternal wheel turns we will continue your message of love and pass it around. We are all one, we are all gong. Rest well my friend, float off on our ocean of love. The gong vibration will forever sound and its vibration will always lift and enhance. You have left such a beautiful legacy and we will make sure it forever shines in our children and their children. Now is the happiest time of yr life. Blessed be.”

Last month, Allen announced he had been given six months to live, after cancer for which he had previously been treated had spread to his lung. “I am not interested in endless surgical operations and in fact it has come as a relief to know that the end is in sight,” he said. “I am a great believer in ‘The Will of the Way Things Are’ and I also believe that the time has come to stop resisting and denying and to surrender to the way it is.

Allen was born in Australia in 1938, but his springboard to musical legend came after he moved to the UK in 1961. He was a founder member of Soft Machine in 1966, but became best known after starting Gong. The band are best known for their Radio Gnome Trilogy, made up of the albums Flying Teapots, Angel’s Egg and You. Although he left Gong in 1975, he resuscitated the band in 1991 and played with them on and off until he became too ill to tour in 2014.

Rolling Stone ranked King number 6 on its 2011 list of the 100 greatest guitarists of all time (previously ranked number 3 in the 2003 edition of the same list). He was ranked No. 17 in Gibson's "Top 50 Guitarists of All Time".According to Edward M. Komara, King "introduced a sophisticated style of soloing based on fluid string bending and shimmering vibrato that would influence virtually every electric blues guitarist that followed."King was inducted into the Rock and Roll Hall of Fame in 1987. He was considered one of the most influential blues musicians of all time, earning the nickname "The King of the Blues", and one of the "Three Kings of the Blues Guitar" (along with Albert King and Freddie King). King was also known for performing tirelessly throughout his musical career, appearing at more than 200 concerts per year on average into his 70s.In 1956, he reportedly appeared at 342 shows.

In 1990, King was awarded the National Medal of Arts by President George H.W. Bush. In 2006, he received the Presidential Medal of Freedom from President George W. Bush. He is widely regarded as one of the most influential blues guitarists of all time, inspiring countless other electric blues and blues rock guitarists.He died on May 14, 2015, in Las Vegas, Nevada.