Dark Side Of The Oz / Of The Wizard / Of The Rainbow 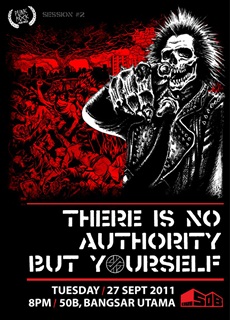 Documentary which looks at how a radical generation of musicians created a new German musical identity out of the cultural ruins of war.
Between 1968 and 1977 bands like Neu!, Can, Faust and Kraftwerk would look beyond western rock and roll to create some of the most original and uncompromising music ever heard. They shared one common goal - a forward-looking desire to transcend Germany's gruesome past - but that didn't stop the music press in war-obsessed Britain from calling them Krautrock.

Sixto Rodriguez and his story.

Blaine L. Reininger wrote:A most excellent and comprehensive documentary from the venerable Greek television program "Paraskinio" in 2008 in which I tell all about Tuxedomoon, my life, and my life in Tuxedomoon. There is much live footage and rare clips of the band and its members spanning the 35 years of Tuxedomoon's career. There is also a fair bit of stuff from my solo career and clips from my Greek movie roles. Directed and produced by my good friend George Skevas.

Such Hawks Such Hounds 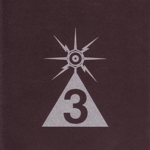 Bob Marley - Freedom Road, The Tracks Of The Journey


http://en.wikipedia.org/wiki/Sunshine_Daydream wrote:Sunshine Daydream is a music documentary film starring the rock band the Grateful Dead. It was shot at their August 27, 1972 concert at the Old Renaissance Faire Grounds in Veneta, Oregon. Unreleased for many years, the movie was sometimes shown at small film festivals, and bootleg recordings of it circulated on VHS and DVD, and as digital downloads. A digitally remastered and reedited official version of the film was released on August 1, 2013, showing only one time in selected theaters. It was screened with Grateful Days, a new documentary short that includes interviews with some of the concert attendees. Sunshine Daydream was released on DVD and Blu-ray on September 17, 2013.
Sunshine Daydream is also a live album containing the complete August 27, 1972 Grateful Dead concert. Produced as a 3–disc CD and as a 4-disc LP, it was released by Rhino Records on September 17, 2013.
The name Sunshine Daydream is taken from the coda section of the Dead song "Sugar Magnolia".

Dirt Road To Psychedelia - Austin Texas during the 1960s

T 4 Trouble and the Self Admiration Society (2009)

Life and Music of Terry Papadinas, the famous 70's troubled rock n' roll star, who never became one. Directed by Dimitris Athiridis
Plot outline
Terry Papadinas, 56 years old, lives in Thessaloniki Greece, is a musician and is desperately seeking a job. Raised in New York during the 60's, he became an absolute star of the indie rock scene of the time upon his return to Greece. A charming and charismatic idol, he is also a classical representative of the rock subculture, typified by reactionary self destruction. Today, withdrawn, living on the fringes of society, in de profundis confessions on camera, he reveals a psychic reality that reflects on wider societal phenomena. It is a story of a life galvanized to the values of rock mythology and a unique journey with the songs of a forgotten artist, painfully seeking recognition and salvation.

Sufi Soul - The Mystic Music Of The Islam

Crossing the Bridge: The Sound of Istanbul (2005)

http://www.imdb.com/title/tt0459242/plotsummary?ref_=tt_ov_pl wrote:Award-winning director Fatih Akin takes us on a journey through Istanbul, the city that bridges Europe and Asia, and challenges familiar notions of east and west. He looks at the vibrant musical scene which includes traditional Turkish music plus rock and hip-hop.