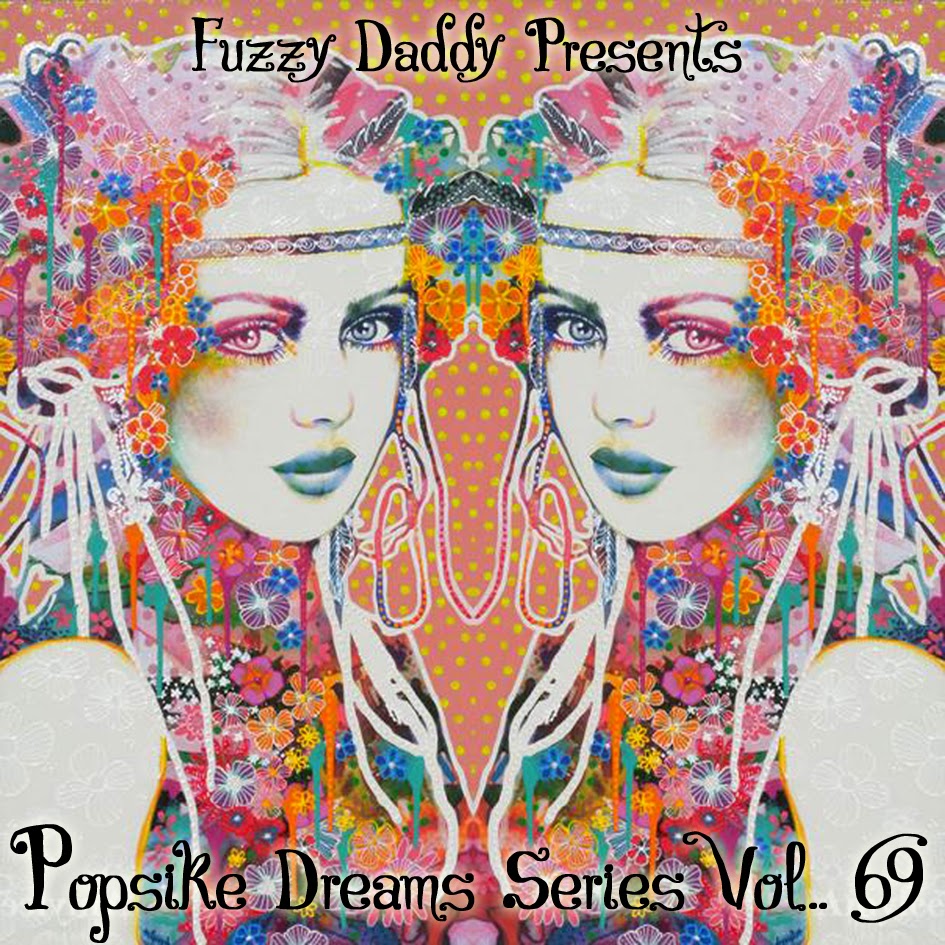 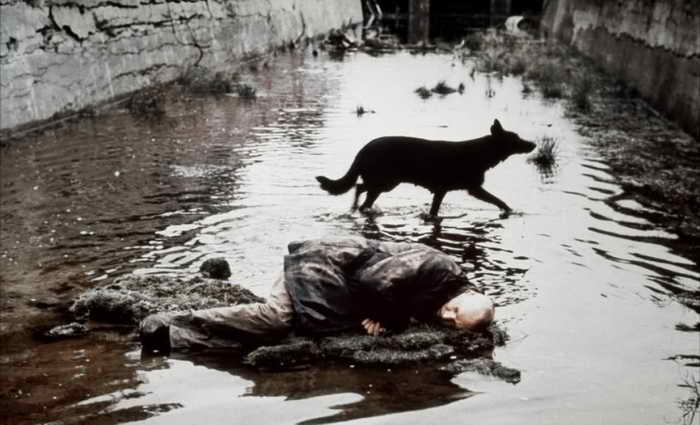 http://en.wikipedia.org/wiki/Naked_Prey wrote:Naked Prey was a rock band from Tucson, Arizona formed in 1982 by former Green on Red drummer Van Christian[1] and David Seeger, who had been in the original lineup of the Giant Sandworms (who later became Giant Sand) as well as The Pedestrians, a band credited with having performed the first punk rock show in Tucson.[2] Other artists who recorded or performed with the band included members of Green on Red[3] and the Sand Rubies, John Convertino and Joey Burns, later of Calexico, Chuck Prophet, Rainer Ptacek[4] and longtime drummer Tommy Larkins, who currently plays with Jonathan Richman, famously appearing with him as half of the two-man Greek chorus in There's Something About Mary. Christian himself also performed with The Band of Blacky Ranchette (an occasional project of Giant Sand's Howe Gelb)[5] and was in the original lineup of The Friends of Dean Martinez.

Naked Prey's aggressive, distorted sound was characterized as "rough-edged country rock" and "folk-distorto-rock"[6] and the band was credited with helping to pioneer the guitar-heavy "Desert Rock" sound associated with Tucson in the 1980s and 1990s.[7] The band was also associated with the vaguely psychedelic Paisley Underground scene out of Los Angeles.

In 1984 Naked Prey recorded their first record, produced by Dan Stuart of Green on Red for the Down There label of Steve Wynn (Dream Syndicate). Two subsequent releases were on Los Angeles-based independent label Frontier Records. Though they never achieved commercial success, they, like many Tucson bands, acquired a substantial following in Europe.[8] The band broke up in the late 1990s,[9] but Christian re-unites Naked Prey from time to time for occasional performances.[10]

http://www.allmusic.com/artist/shock-headed-peters-mn0000029818 wrote:Former Lemon Kittens leader Karl Blake started the Shock Headed Peters in 1983 with Clive Glover, Ashley Wales, Mark Rowlatt, and David Knight. The band's first single, 1984's Stephen Street-produced "I, Bloodbrother Be," caught a fair amount of attention for its subject matter which dealt with a romantic relationship between two men. The full-length Not Born Beautiful was released in 1985 and, like its teaser single, came out on the El label. Life Extinguisher, a four-song EP, was released by Beach Culture the next year. Concurrently, Burns began releasing material as the Underneath. In 1987, an Underneath album preceded the half-studio/half-live Fear Engine on Product Korps. For a couple years, the Shock Headed Peters went into dormancy while Blake busied himself on numerous projects with other acts, including Sol Invictus, Pump, the Greater Good, British Racing Queen, Left Hand Right Hand, and ex-bandmate Danielle Dax.

Several Headed Enemy, the Shock Headed Peters' third album, was released in 1992. For that record, the lineup was pared down to Blake and Knight. Blake continued his involvement with several outside projects around this time; he played with Current 93, Spasm, Arkkon, Chrystal Belle Scrodd, In the Nursery, and Evil Twin (with David Mellor). He also had a whimsical anthology of previously unreleased solo material (Paper-Thin Religion: Solo Archives 1977-1981) released through World Serpent. Shock Headed Peters again went into hibernation as Blake continued to record and release solo material; 1996's Tendercide saw the duo of Blake and Knight revitalized in a quieter, less jarring fashion than before. Blake went on to operate with Ian Reed as Fire and Ice. He also began working on a project called Blake Sabbath, which most certainly takes most of its name from one of Blake's early influences.

http://gypsyfingers.bandcamp.com/ wrote:Gypsyfingers are an Experimental Pop & Folk duo made up of two singer-songwriters and multi-instrumentalists, Victoria Coghlan & Luke Oldfield, who write together and share vocal duties. They create dreamy soundscapes using acoustic & electric guitars and a variety of world instruments to which they add electronic textures and vocal layers with melodies, harmonies & raps.

Fugazi is a post-hardcore band formed in Washington, DC. Fronted by ex-Minor Threat vocalist Ian MacKaye and ex-Rites of Spring vocalist Guy Picciotto, both on vocals and guitar, Fugazi also consists of Joe Lally on bass and Brendan Canty on drums. Since its inception, Fugazi has been self-managed and have released almost all their material through Dischord Records, an independent label founded by MacKaye and partner Jeff Nelson in 1980. The band maintained a policy of affordable access to their work through low record and ticket prices and all-ages concerts.

http://www.last.fm/music/The+Mighty+Lemon+Drops wrote:The Mighty Lemon Drops was an English rock group active from 1985 to 1992. Originally called the Sherbert Monsters, the quartet first formed in the spring of 1985 in Wolverhampton, in the English Midlands Black Country. Group members Dave Newton and Tony Linehan were the principal songwriters for the group. Their sound can best be described as neo-psychedelia in the vein of Echo & the Bunnymen played with a ringing Rickenbacker as the lead instrument which allowed them to transcend, and not merely imitate, the work of their influences.

http://en.wikipedia.org/wiki/Bullet_LaVolta wrote:Bullet LaVolta was a post-punk band from Boston, Massachusetts that was originally formed in January 1987 by four college disk jockeys: Clay Tarver (guitar, now of Chavez), Bill Whelan (bass), Corey "Loog" Brennan (guitar) and Chris "Cruster" Guttmacher (drums). The band later added singer Yukkie Gipe after he responded to an advertisement. They played their first show at a dive bar in Boston called Chet's Last Call to a crowd of about fifteen people, but soon became one of Boston's most popular live acts. They gained most of their notoriety by playing college shows in Boston (usually at either MIT or Harvard, with bigger acts like The Lemonheads, Dag Nasty, and the Rollins Band). The band's style of music was a kind of punk, heavy metal and hardcore punk hybrid, having reminiscenses of diverse bands such as Naked Raygun, Motörhead and early Fugazi.

The band released their self-titled EP on Taang! Records with Moving Targets guitarist Kenny Chambers joining the line-up in 1988. In 1989, they recorded and released their first full-length album, The Gift, originally released on Taang!. The band's tour manager around this time was actor Donal Logue. In 1990, they released the Gimme Danger EP (which includes a cover of Detroit Rock City) on Metal Blade before signing to RCA, who purchased and re-released Bullet Lavolta and The Gift on a single disc. The record was even surprisingly reviewed in People magazine and given a good rating. The album sold modestly and the band became well-known enough that their contract was renewed by RCA. A year later, they recorded and released their follow-up, Swandive, which debuted the same day as Nirvana's classic, Nevermind. Swandive was produced, mixed and engineered by Dave Jerden, who has also produced Jane's Addiction, Alice in Chains, Social Distortion, Fishbone and Anthrax among many others. Bullet LaVolta actually played a show with Nirvana around the time of the album's release, with the opening act being an unknown early incarnation of The Smashing Pumpkins.In late 1991 the band went on tour with Corrosion of Conformity and Prong in support of Swandive.

The band broke up in 1992, the same year Matador Records issued an album of older recordings (mostly from 1987 and 1989) called The Gun Didn't Know I Was Loaded. Currently, none of the band's releases are in print by any label. Yukki Gipe was later the lead singer of a band called "The Konks." Drummer Todd Philips currently drums in Model/Actress, the band formed by ex-Brainiac bass player and video director Juan Monostereo and ex Chamberlain members Curtis Mead and Charlie Walker.

Kenny Chambers currently plays with the Stone Strangers as well as solo.

http://www.last.fm/music/The+Celibate+Rifles wrote:The Celibate Rifles are a rock band from Sydney, Australia. The band was formed in 1979 and released their first album Sideroxylon in April 1983 on the Hot Records label. The band has toured both America and Europe extensively, releasing fourteen studio albums.

http://www.last.fm/music/The+Terminals wrote:The original Terminals are a moody, swampy, dark rock band from New Zealand. Working from memory, the Terminals have shared members with Dadamah, Flies Inside The Sun, Victor Dimisich Band, the Renderers, and others of the Xpressway/Flying Nun universe. The early Terminals releases are fairly poppy (e.g. “Frozen Car”), though the darkness begins to emerge with “Disconnect” and then dominates subsequent releases on Xpressway, Raffmond, and Siltbreeze. Standout songs include “Native Waiter,” “Deadly Tango,” and a cover of Roxy Music’s “Both Ends Burning.” All the “similar artists” references on Last.FM are to this version of the Terminals. ”

http://www.last.fm/music/minuteman wrote:was an Australian garage band whose only release was a 7” single: Voodoo Slaves b/w I Wanna Be Your Minuteman in 1982. Guitarist John Needham (other band members players included Jeff Sullivan on guitar and Doug Lonsdale) set up Citadel Records to release Voodoo Slaves “because no one would put it out”. The band disbanded after that release but Citadel went on to release records by Radio Birdman, The New Christs, Died Pretty, The Screaming Tribesmen to name but a few.

also one of my fave videos