Joe Torres - Get Out Of My Way

Azteca - Ain't Got No Special Woman

http://www.last.fm/music/Kaz%C4%B1m+Koyuncu wrote:Kâzım Koyuncu was a Laz folk-rock singer, song writer, and activist. Widely known as a Black Sea folk musician, Kazım Koyuncu (7th November 1971 - 25th June 2005) was not only a turning point in musical development of Black Sea region of Turkey, but also a member of the first Laz rock band in the world “Zuğaşi Berepe” and composer of significant projects.

Born to a Laz family living in the green village of Hopa, Artvin in the most north-eastern coastal part of Turkey, he spent his childhood listening to his very beloved grandmother’s tales and one of his best musicians “Yaşar Turna” whom he called my master. The first instrument of Kazım was the mandolin his father, Cavit Koyuncu, bought for him. However, when his uncle dwelling in Germany left his guitar at Artvin, he had found his main instrument. Due to the influences of French poets Rimbaud and Baudelaire on Kazım during the years of high school, he would be called “Şair Ceketli Çocuk” (The Boy with a Poet Jacket) among his friends in spite of the fact that he never became a poet. Entering the Public Management of İstanbul University Political Sciences Faculty in 1989, he went to İstanbul, but at the end of first year he left the school thinking that he wouldn’t be appointed as a head official of a district even when he graduated. From then on, he started to work in Çağdaş Sanat Atölyesi and composed the music of the theatre play named “Faşizmin Korku ve Sefaleti” (The Fear and Poverty of Fascism).

http://www.niyazmusic.com/biography/ wrote:Described by the Huffington Post as “an evolutionary force in contemporary Middle Eastern music”, Niyaz first stepped onto the world stage in 2005 with their infectious self-titled debut album appearing at #1 on iTunes. Critics declared the album to be one of the most ground breaking of its time. A worldwide tour followed and quickly established Niyaz as a stand out ensemble in a very crowded world music field. By seamlessly blending medieval Sufi poetry and folk songs from their native Iran and its surrounding countries in the Persian and Arabian Gulf, with rich acoustic instrumentation and modern electronics, Niyaz has created a 21st century global trance tradition and proven to be a group with a distinctive voice of their own, amply deserving of the success they have garnered worldwide.

http://en.wikipedia.org/wiki/John_Berberian wrote:John Berberian (born October 9, 1941) is an American musician known for his virtuosity on the oud, the Middle Eastern stringed instrument.

Berberian was born in New York City; his parents were Armenian immigrants. His father was an accomplished oud player, as well as instrument maker, and oud masters of Armenian, Turkish, and Greek heritage frequented his family's home.

He first recorded traditional oud music with violinist Reuben Sarkisian, when a student at Columbia University in the mid-1950s. He subsequently recorded for a variety of labels including MGM, RCA, Roulette, Verve and Mainstream Records.

He expanded beyond the ethnic music market in the mid to late 1960s, decades before "world music" became fashionable, with a series of LPs which explored fusions between traditional Middle Eastern music, psychedelic rock and jazz. These included "Expressions East" (1964), "Music of the Middle East" (1966), and "Middle Eastern Rock" (1969) with guitarist Joe Beck.

Berberian has commanded the respect of musicians worldwide. He has been featured in numerous concerts and dances throughout the USA, Canada and South America, and is one of only a handful of musicians worldwide given the title of Udi (oud master). He now lives in Massachusetts and maintains an active performance schedule.

http://en.wikipedia.org/wiki/Anastasia_(band) wrote:The band was formed in 1987 as Apokrifna Realnost and changed their name to Anatasia in 1989.Their music is a blend combining Byzantine past, through Eastern Orthodox Church music with a rich gamut of ethnic Macedonian music rhythms. Anastasia have written several music scores for films, theater performances and TV programs. Their soundtrack for the Academy Award nominated movie Before the Rain was released in 1994 by Polygram and sold thousands of copies worldwide. In the same year, the Thessaloniki-based label Poeta Negra released a 12" EP containing the tracks "By The Rivers Of Babylon" and "Pass Over." In 1997, they released "Melourgia" on the Greek label Libra ,the record included a reworked version of "By The Rivers Of Babylon 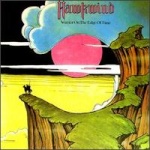 http://www.allmusic.com/artist/auktyon-auction-mn0001944145 wrote:Auktyon (Auction) are an idiosyncratic product of the Leningrad rock scene of the 1980s, and one of the few groups of the era to gain notice by the non-Russian-speaking world. Some would argue that Auktyon are Russia's answer to art rock, though their messy and loud sound, driven by an aggressive horn section, lacks the neat edges of most groups classified in that category. Unlike so many groups that came out of the last decade of the Soviet Union, Auktyon declined indiscriminate influence from every available source, fueled rather by what some deem extreme eccentricity, and others call artistic vision. They further differentiated themselves by avoiding the revolving-door model of other early Russian rock acts, maintaining a relatively steady cast of musicians throughout the years, and producing a smaller and more consistent body of works. Their concerts, once a staple of the Leningrad Rock Club, are known for their circus-like theatricality, an expression of energy long amassed under repressive conditions.


http://yuvalronmusic.com/ensemble/history.html wrote:Formed in 1999, The Yuval Ron Ensemble endeavors to alleviate national, racial, religious and cultural divides by uniting the music and dance of the people of the Middle East into a unique mystical, spiritual and inspiring musical celebration. The ensemble includes Jewish, Christian and Muslim artists who have been actively involved in creating musical bridges between people of various faiths and ethnic groups worldwide. Led by Award winning composer Yuval Ron (music for Oscar winning film "West Bank Story") the Ensemble has enjoyed overwhelming community support, was chosen to be featured in PBS "Holiday Celebration" TV specials and was honored with the Los Angeles Treasures Award and the Lincoln/Standing Bear Gold Medal from the City of Lincoln, NE in appreciation of its efforts for peace and justice worldwide.

http://en.wikipedia.org/wiki/Paco_de_Luc%C3%ADa wrote:Francisco Gustavo Sánchez Gomes (21 December 1947 – 25 February 2014), known as Paco de Lucía [ˈpako ðe luˈθia], was a Spanish flamenco guitarist, composer and producer. A leading proponent of the New Flamenco style, he helped legitimize flamenco among the establishment in Spain, and was one of the first flamenco guitarists to have successfully crossed over into other genres of music such as classical and jazz. Richard Chapman and Eric Clapton, authors of Guitar: Music, History, Players, describe de Lucía as a "titanic figure in the world of flamenco guitar",[1] and Dennis Koster, author of Guitar Atlas, Flamenco, has referred to de Lucía as "one of history's greatest guitarists."[2]

http://www.last.fm/music/Buena+Vista+Social+Club wrote:The Buena Vista Social Club was the name of a members-only music club in Havana, Cuba that was at its height during the 1940s. In the late 1990s Wim Wenders made a movie upon the initiative of Ry Cooder called “The Buena Vista Social Club.” Wenders film centered on Ry Cooder’s efforts to find and reunite some of the musicians who had performed at the long closed club. The film also portrays sessions from the production of the album released in 1997 also titled Buena Vista Social Club. Both movie and album were highly successful, and expanded the reach of Cuban music around the world.

Highly praised during the 40s and 50s, the rediscovery of the Buena Vista Social Club and the populartity of the film and the album had positive impact on Cuban musicians throughout the world. If it was not for the initiative of Ry Cooder and Wenders, much of the world would not have had this insight into Cuba’s rich musical history, and insight into the simple way of life of these otherwise forgotten musicians.

http://en.wikipedia.org/wiki/Robert_Mitchum wrote:One of the lesser-known aspects of Mitchum's career was his forays into music, both as singer and composer. Mitchum's voice was often used instead of that of a professional singer when his characters sang in his films. Notable productions featuring Mitchum's own singing voice included Rachel and the Stranger, River of No Return and The Night of the Hunter. After hearing traditional calypso music and meeting artists such as Mighty Sparrow and Lord Invader while filming Heaven Knows, Mr. Allison in the Caribbean island of Tobago, he recorded Calypso — is like so ... in March 1957. On the album, released through Capitol Records, he emulated the calypso sound and style, even adopting the style's unique pronunciations and slang. A year later he recorded a song he had written for the film Thunder Road, titled "The Ballad of Thunder Road". The country-style song became a modest hit for Mitchum, reaching No. 69 on the Billboard Pop Singles Chart. The song was included as a bonus track on a successful reissue of Calypso... and helped market the film to a wider audience.[citation needed]

Although Mitchum continued to use his singing voice in his film work, he waited until 1967 to record his follow-up record, That Man, Robert Mitchum, Sings. The album, released by Nashville-based Monument Records, took him further into country music, and featured songs similar to The Ballad of Thunder Road. "Little Old Wine Drinker Me", the first single, was a top-ten hit at country radio, reaching No. 9 there, and crossed over onto mainstream radio, where it peaked at No. 96. Its follow-up, "You Deserve Each Other," also charted on the Billboard Country Singles Chart. He sang the title song to the western Young Billy Young, made in 1969. Mitchum co-wrote and composed the music for an oratorio which was produced by Orson Welles at the Hollywood Bowl.[12]

http://en.wikipedia.org/wiki/Ant%C3%B4nio_Carlos_Jobim wrote:Antônio "Tom" Carlos Brasileiro de Almeida Jobim (January 25, 1927 – December 8, 1994), also known as Tom Jobim (Portuguese pronunciation: [ˈtõ ʒoˈbĩ]), was a Brazilian songwriter, composer, arranger, singer, and pianist/guitarist. He was a primary force behind the creation of the bossa nova style, and his songs have been performed by many singers and instrumentalists within Brazil and internationally.

Widely known as the composer of "Garota de Ipanema" (The Girl from Ipanema), one of the most recorded songs of all time, Jobim has left a large number of songs that are today included in jazz and pop standard repertoires.