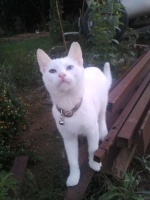 The Outlaws are a Florida band, this song and Ghost Riders in the Sky shows them at their finest. From 1976. 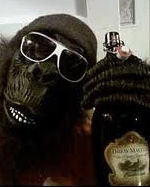 It would be like missing a finger without Molly's contribution to southern rock. Maybe two. Great guys haha..smoke on brothers

A 1975 BBC performance, Elvin was definitely feeling some southern rock vibes in this period of his career.

Black Oak Arkansas - Lord Have Mercy On My Soul

Black Oak Arkansas might be right behind The Allman Brothers Band when considering who started the genre known as Southern Rock. BOA fans claim that it did indeed start with them because a radio station DJ announced on air the first use of the term "southern rock" when describing their sound.
Fronted by vocalist James "Jim Dandy" Mangrum, BOA brought a harder edge feeling to their songs then other southern rock bands then and now. Drummer Tommy Aldridge got his start with BOA, I'll post a video clip of Tommy's drum solo from "Up" here later, wow!
Their first PA system was stolen from Monette high school. The school from which Jim stood up in Mrs. Billie Layne's civics class wrote a '0' on top of his assignment brought to it her desk and told her he was quitting school. She told him that he would not make a living without an education to which he responded "I'll make more money than you will in your lifetime." The long haired rebels from a community made up of mostly farmers, sharecroppers, hired hands and bible belt rednecks with flat tops then cleaned out an old galvanized grain bin on the edge of town and began blasting out ear piercing sounds that echoed their special blend of music that came from rock, gospel, country and blues influences. Members of the group were subsequently charged in absentia with grand larceny and sentenced to 26 years at the Tucker Prison Farm (this sentence was later suspended). This led to their retreat to the hills of rural northcentral Arkansas where they lived off the land and refined their musical style.

A big component of the southern sound was the funk grooves used by many bands. You'll find that it's used in more often then not, thou it's in the background of most people's perception of what southern rock "should" or doe's sound like. The Muscle Shoals Sound.
Little Feat featuring the late Lowell George who passed away at the peak of their career has a huge following.

http://www.last.fm/music/The+Allman+Brothers+Band wrote:The Allman Brothers Band, formed in 1969 in Macon, Georgia, United States blended strains of southern rock music - Blues, R&B, Country, Jazz, and Gospel - into a flexible, jam-oriented style of Rock and Roll that reflected the emergence of the “New South” and set the style for Lynyrd Skynyrd, the Marshall Tucker Band, and countless other Southern rockers. Oddly - or eerily, some would say - the band’s unusual string of untimely deaths has been repeated in other Southern-rock bands. Through personal tragedy and turmoil, the Allman Brothers Band has endured and, though lacking the commercial clout of its early-’70s heyday, it remains highly respected and well received by legions of fans. Lead guitarist and band leader Duane Allman has been recognized as one of the greatest blues/rock guitarists in history, according to numerous polls.

Brothers Gregg Allman and Duane Allman were living in Daytona Beach, Florida, in 1960, and played in various bands until 1964, when they formed the Escorts, which became the Allman Joys in 1965. After their version of Willie Dixon’s “Spoonful” failed as a single, the two brothers and three other band members went to L.A., where they signed with Liberty Records as the Hourglass. They recorded two albums of outside material (Hourglass, 1967, and Power of Love, 1968) before heading to Muscle Shoals, Alabama, to record at Fame Studios. Liberty rejected the resulting tapes, and Duane and Gregg returned to Florida.

http://www.last.fm/music/Stalk-Forrest+Group wrote:Over three decades ago, the band that would become Blue Oyster Cult created two albums’ worth of recordings for Elektra, using a different name for each album’s sessions, first Oaxaca and then The Stalk-Forrest Group, and, after delivery of the finished recordings to Elektra, neither album was ever released.

Though they were signed as Soft White Underbelly, and are now known as The Stalk-Forrest Group, they began recording tracks for their first Elektra album using the name Oaxaca. Ten tracks were completed in early 1970. Though recollections are sketchy, it appears that Elektra Records were none too pleased with these recordings, and all of them were shelved.

Sandy Pearlman, ever persuasive, convinced Elektra to take yet another chance with this version of the band. Elektra finally agreed, and in early 1970, the band began recording masters for another album. This time the recordings were made as The Stalk-Forrest Group. And this time an album was completed, mixed and mastered.

However, Elektra decided again not to release any Stalk-Forrest Group recordings at all. Soon after recording the second unreleased Elektra album, Andrew Winters left the band and soon after that The Stalk-Forrest Group was under no further obligation to Elektra’s recording contract. Other than an Elektra MONO promotional single of “What Is Quicksand?” and “Arthur Comics” and other than the appearance of “Arthur Comics” on a 1986 Elektra Records compilation entitled Elektrock (The Sixties), all of these marvelous psychedelic Stalk-Forrest Group recordings have remained unreleased in their original tape boxes on a dusty tape vault shelf.

do you know what? here's a radio show from the best dj in my country, mr. Žikica Simić: